With the close of the Summer sailing season and a slowdown in the on water volunteering, it’s back on the road. 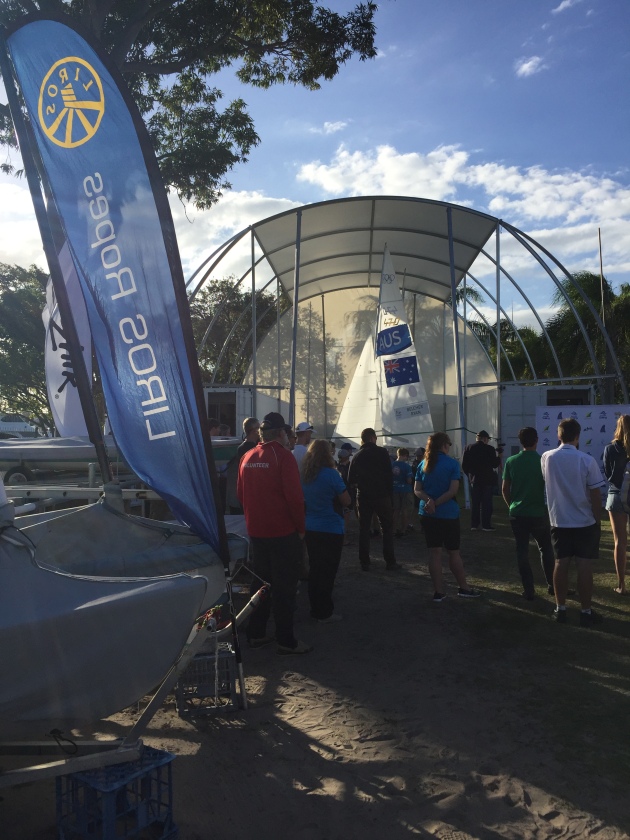 The last couple of weeks, I’ve been up in southern Queensland doing the rounds of the marine industry showing off new products.

I spent a few days on the Gold Coast first up doing the rounds, taking in a boat show and attending the opening of an Australian Sailing Team base at Southport. With the range that DeckHardware distributes, there’s always something new and this trip was all about getting the word out there.

Thursday afternoon saw me at Southport Yacht Clubs base at Hollywell, where Mat Belcher has set up a base for the Australian 470 squad. Middle Harbour Yacht Club is the home base for the Australian Sailing Team, however this is a first for a class to have its own home. Southport will give a variety of options with the local tidal flow and the ability to go offshore for race training without the Sydney Harbour ferries impeding. I guess that it will also free up a bit more space on the MHYC deck for the other classes as Tokyo2020 nears. When finished, they will have the ability to house under cover several fully rigged 470s. 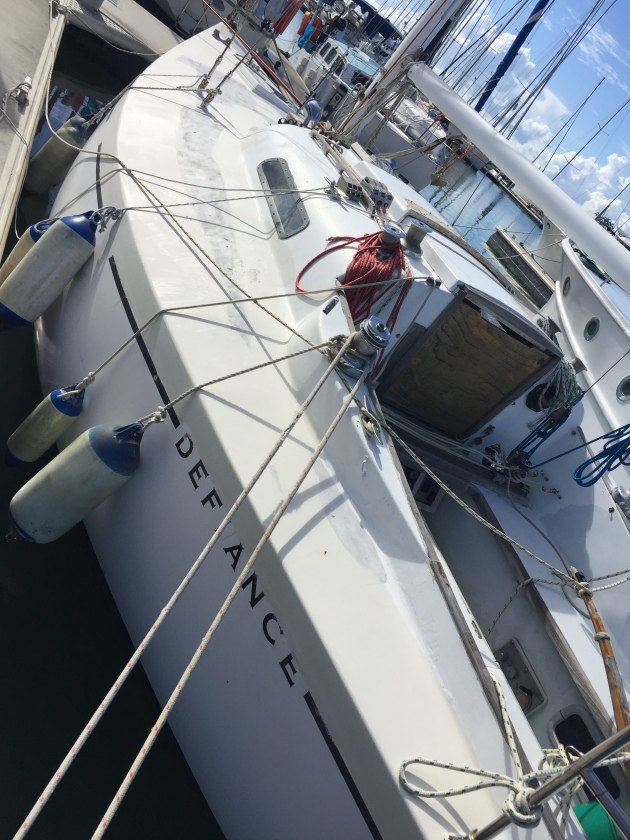 Over the next third of the trip it was up to Brisbane and what seems to be a regular visit to Royal Queensland Yacht Squadron to have a look at the rebuild of Defiance. Craig is doing a wonderful job and along the lines of do it once and do it properly. His only time span is to have it ready for summer.   Since I last looked, it would appear to be minimal change, but to the keen eye, one can see the differences.

His next step is to remove the engine and V Drive and replace with an updated model, this will make heaps of difference. Robyn and I can only grin when we think of the days of sailing in and out of the old MHYC marina. One thing that did strike me this trip was just how small she is. How did we manage to fit everyone in for a week aboard for the likes of the RSYS annual cruise? Then there are the memories of the Two Handed racing in the early 80s, it was easy because she is small and the gear easy to grab.

The final third of this trip was up to the Sunshine Coast, not really a bad thought in a Sydney winter. The only difference was waking up to the early morning fog, it did clear up pretty quick though to a few brilliant days. Once again it was nice to catch up with everyone and for those who I didn’t see this time, I’ll be back north again soon. 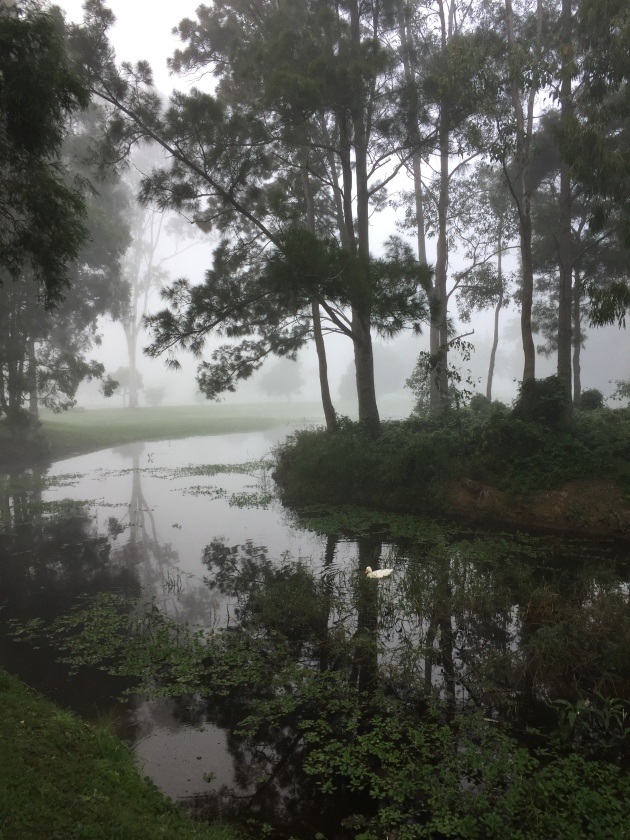 This coming weekend is another road trip, this time North West for the 49th annual Keepit Kool regatta at Lake Keepit near Gunnedah.  On previous occasions I’ve been there’s been little water, less than 15%, so with the current level of over 60% it’s hoped that everyone who has been before will return and those who haven’t make the most of the opportunity. Fresh water sailing at a country club on a Lake that is 2/3rds the size of Sydney Harbour in volume. The photo below shows the water in 2014 way down there. At over 60% there’s certainly a lot more room and I’m glad I’m not laying and pulling up the marks as it’ll be a lot deeper!

I’m looking forward again to the clubs hospitality and the evenings yabby racing. Who else is coming? 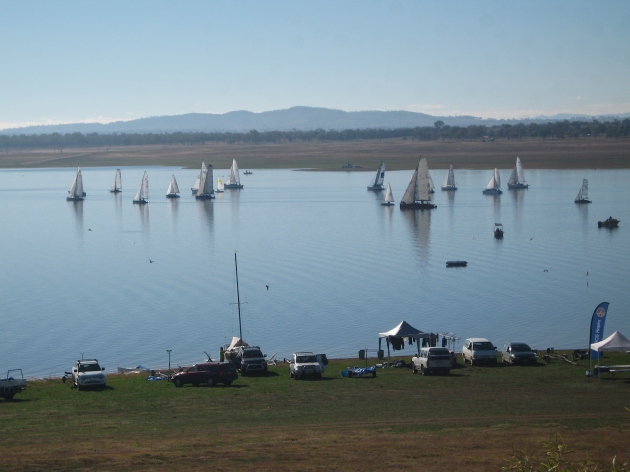 Tips and techniques thanks to the team at Barton Marine.